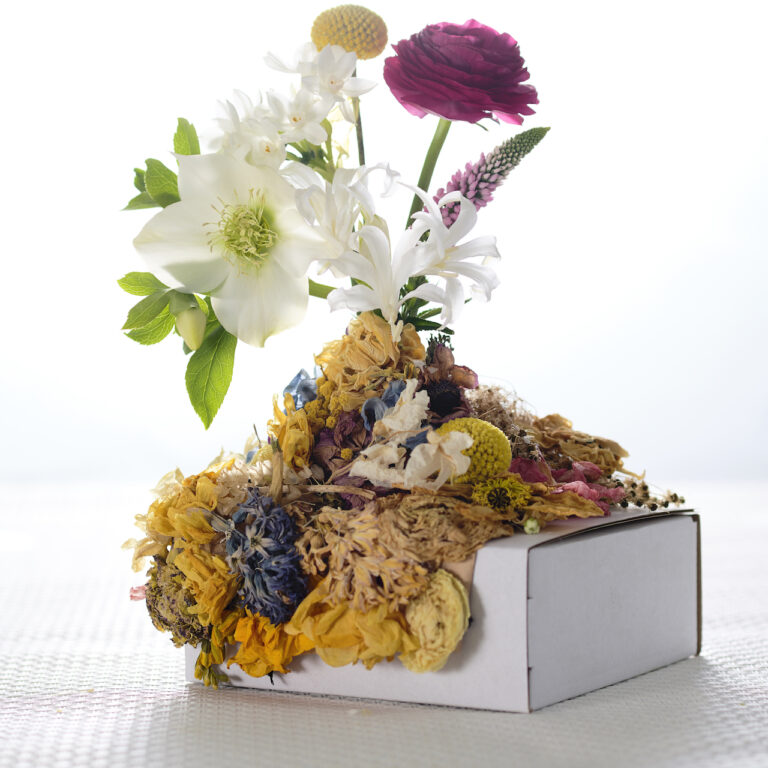 Dried flowers are right back in style. Combine them with fresh flowers in a floral gift. We can make the base in advance. Have some retro fun with papier-maché and dried flowers!

Dried flowers, such as Narcissus/Daffodil, Hyacinth, Ranunculus, Tulip, Mimosa and Lathyrus. The flowers have been dried in a dehydrator.