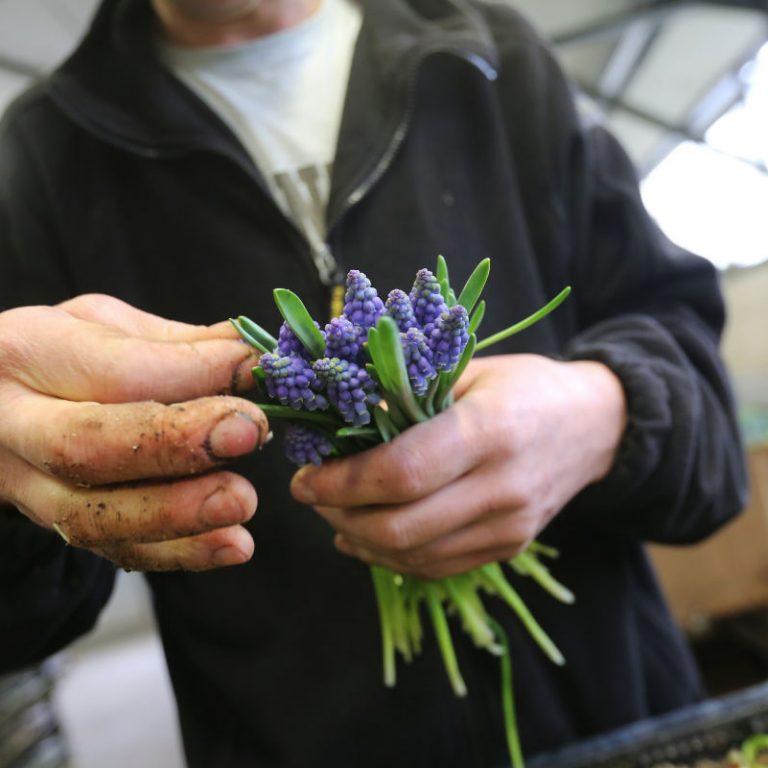 Grape hyacinth: from shoot to flower

Bart joined the family firm Fa. Gebr. Pletting, where his father Jan and his uncle Ronald work as well, in 2015. The men specialise in unusual bulb and flower crops, including grape hyacinths (Muscari) as a cut flower in many shades of blue. “We cultivate the bulbs ourselves outdoors,” says Bart. “We use some of the bulbs for forcing grape hyacinths. These bulbs are given a cold treatment (winter!) in the autumn. We then plant them in containers that we place in the chiller so that the bulbs produce roots and yellow or red shoots: the colour depends on the variety.”

Every day Bart moves a number of containers from the chiller to the greenhouse, where it’s light and warm. After approximately two weeks the flowers are ripe, and the containers are moved to the shed. “From the start of January until mid-April we mainly work in the shed, where we pick and bunch the grape hyacinths. From mid-April we’re back at work outdoors. There we grow cornflowers, peonies, alliums, Eremurus, wolf’s bane and Monbretia. Those are all small-scale artisan crops that each require a different approach. It makes our work very varied.”

All the grape hyacinths in a container ripen at the same time. They are picked, sorted (flowers of the same length) and bunched in the shed.

A row of containers with Muscari is delivered to the greenhouse every day. As a result, you can see the various stages of growth side-by-side in the greenhouse. The racks on the top of the containers hold the flowers in check during transportation to the shed, where they are picked and bunched by hand.

“The grape hyacinths in the greenhouse are ranked in stages of cultivation. I always think that’s a great to see,” says Bart Pletting, who runs a nursery for unusual bulb and flower crops together with his father and uncle. 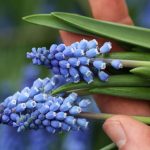 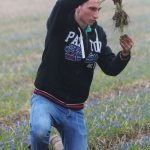 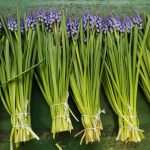 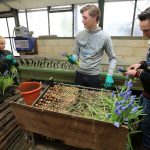 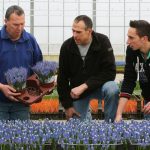 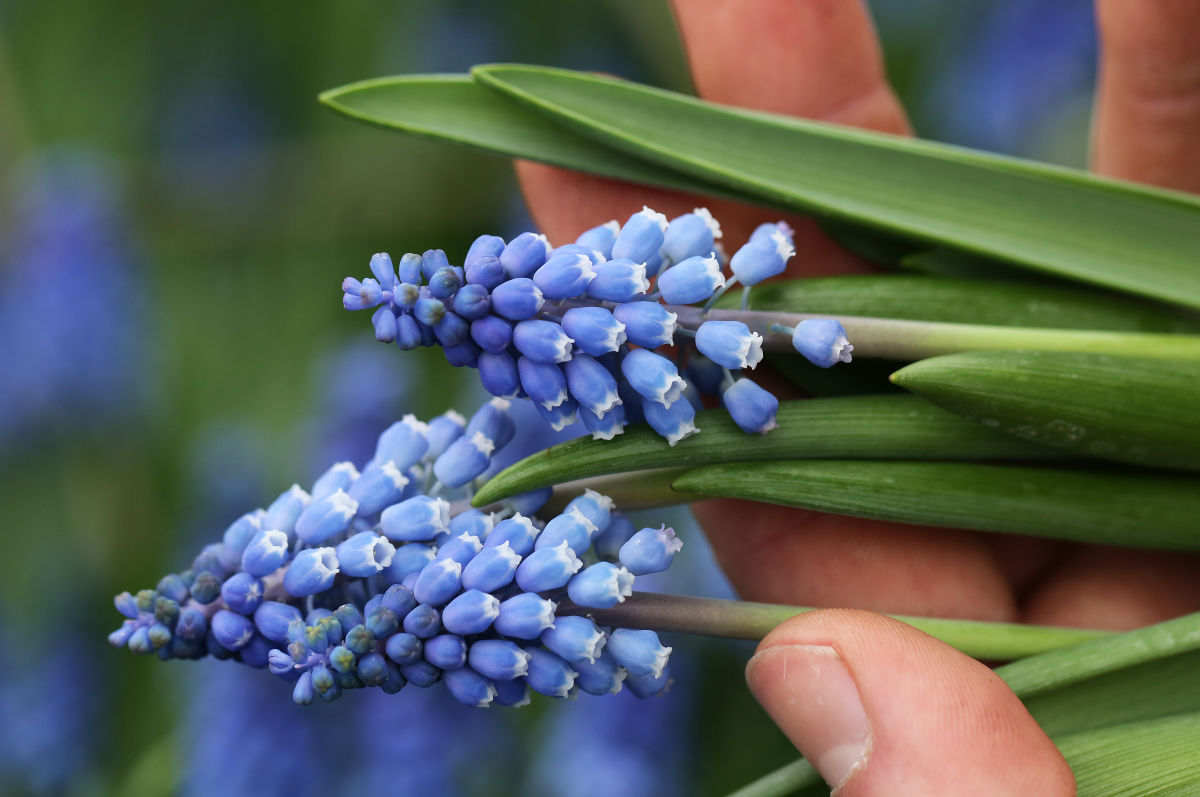 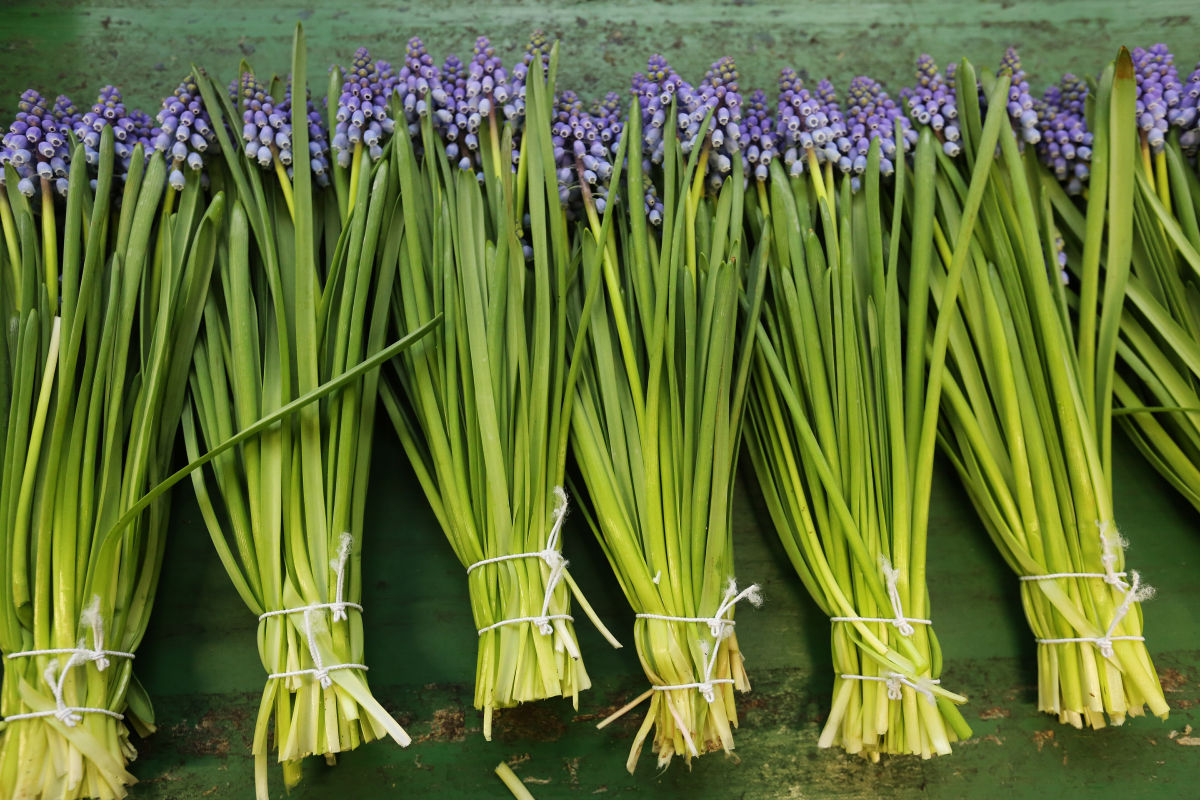 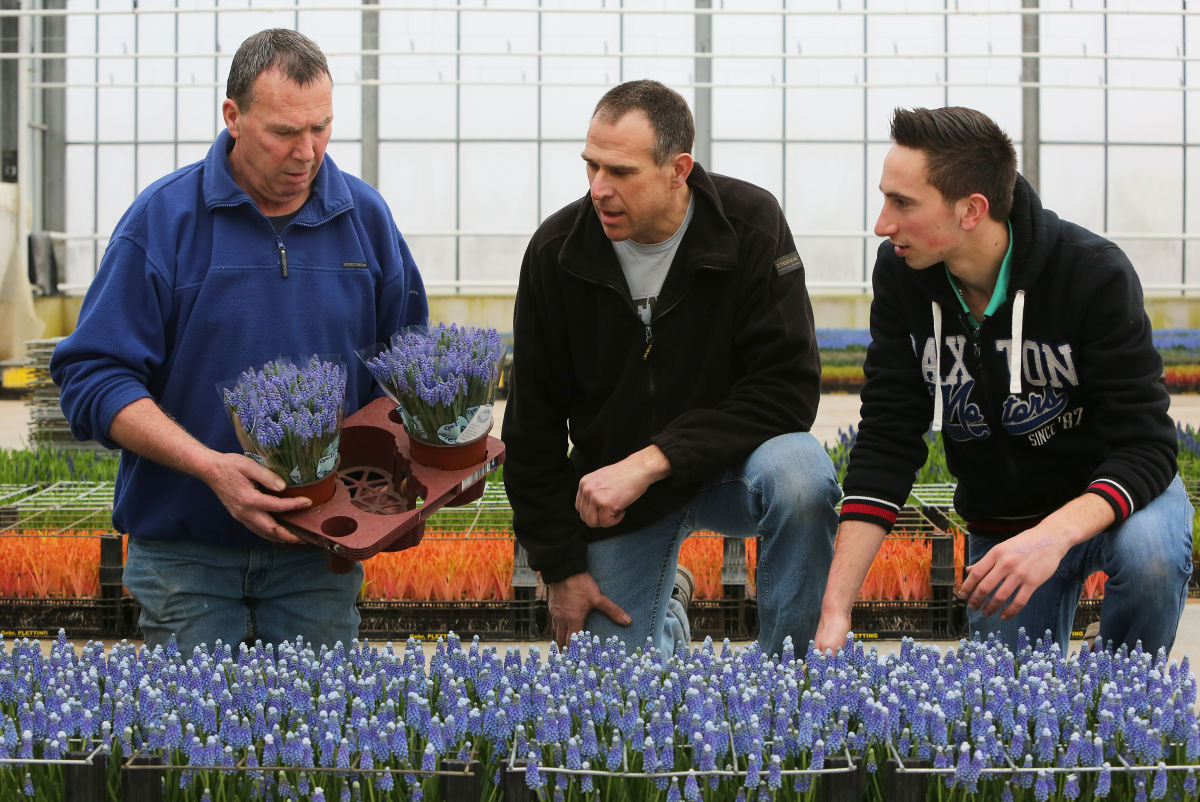